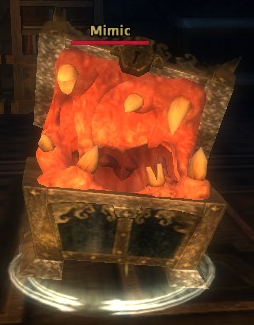 Habitat: White Plume Mountain — This spawns from the chest in Qesnef's room. He will try to trick you into opening it.


Description: During the Mimic Hunt, can spawn randomly from any chest.