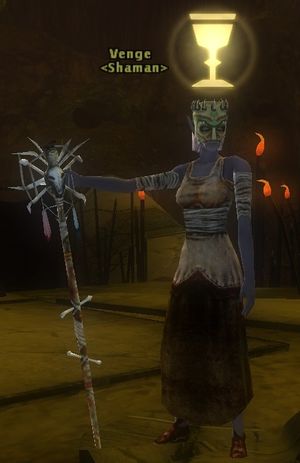 Notes: Venge is the shaman of the small drow tribe in the Isle of Forgotten Dreams.

As soon as you arrive on the island, she will talk to you:

After you fixed the Interdiction Lens, she will have a third dialogue option:

After completing The Dreaming dark, she will congratulate you:

After taking the reward from Channa, she will tell you: