Risia, The Plain of Ice is one of the Planes of Eberron.

Risia is a plane comprised primarily of ice. The very atmosphere freezes the lungs and steals away the breath. The average temperature on Risia is 0° Fahrenheit/-18 Celcius. On any given day, there is a 50% chance of extreme weather in the form of snow, sleet, hail, or a blizzard.

Risia is one of the planes with the shortest conterminous cycle with Eberron, doing so every five years. It is always in opposition to Fernia.

Risia was DDO's official test server from 2006 to 2008 when it was retired. It was later replaced by Lamannia. 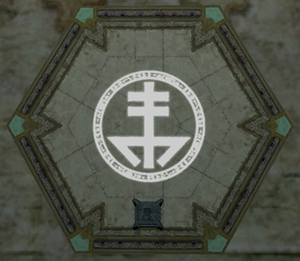