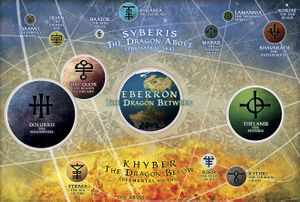 The cosmology is composed of thirteen planes: