Hail, <Class>. Take heed, for horrors dwell within this city of the dead. Champions of both the Silver Flame and the Emerald Claw fall one by one with each journey into the darkness. I remain here to speak of the dangers awaiting you. Perhaps this knowledge will spare you from a dire fate. 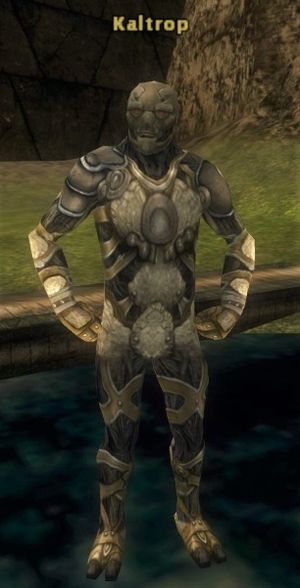 Location: Necropolis, standing within the One Foot Inn, eastern side of the encampment area.

Description: Red-eyed Warforged within the inn who will offer information (tutorial) about different types of undead.