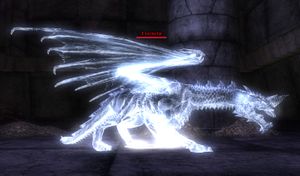 
Description: The Spectral Dragon, Eternity, can be defeated to acquire Spectral Dragon Scales for cosmetic items during The Night Revels. She is no longer Undead as of 2018. You can't add her to Monster Manual. 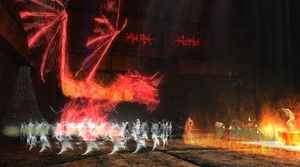 Eternity in the old Mabar Endless Night Festival used to yield Signets of the Endless Night. The mechanics to defeat the dragon was a bit different.