With Update 8, new Cosmetic Armor Kits have been introduced to the game.

They exist in three general categories:

These kits will be applied on top of a current armor one is wearing, but will have different look depending on the base armor:

Warforged bodies, which don't wear conventional armor or clothing, appear in variations based on their plating:

Thus, players will obtain a particular armor kit, which will show an appearance based the two style variations. Style #1, The "without gear" appearance, often has little to no metal plating. Style #2, the "with gear" appearance, shows a more martial look with plating and other battle stylings, particularly for light, medium and heavy armor. Items such as outfits and robes will have more ornate coverings or dressing atop of the base with-gear appearance for style #2.

The look of either style is a variation of the original armor style. Chain shirts with an actual skirt-like appearance, for example, will differ in style with a kit than the non-skirted chain shirt armor style.

Armor kit appearances can be removed temporarily (restoring the armor to its original appearance) by clicking on the armor appearance button in the player's inventory, located below the helmet appearance clickable area (in the center field where equipped items surround a generic silhouette of the player's body).

Armor kits do not affect any of the original armor's statistics. Armor with appearance kits applied will keep the appearance past Reincarnation, but will lose their kit if the armor is upgraded to another type (for instance, trading a Diabolist's Docent for an Epic Diabolist's Docent would remove the cosmetic armor kit from it). (DDO Forums) Upgrades that maintain the base item will not remove the kit (such as adding effects to Dragontouched Armor).

As it is not predictable how the armor will look like on a specific character, players used to get preview kits. As of Update 11 players are now able to preview any armor kit for free by pressing a Preview button on the armor description in the DDO Store.

The Armor kits currently come in 9 sets each with at least 2 styles Note: These pages are very image heavy

The final kits are sold for anywhere between 150 to 650 Turbine Points, with no apparent rhyme or reason to the difference. Preview kits can only be applied in the various armor shops:

In these shops a new show stage has been added with mirrors to get a feeling of the looks, as well as a new vendor.

Preview kits are not persistent and will disappear from the player upon leaving the qualifying store or when applying a different preview or permanent kit.

Preview kits will not disappear if you log out while still in the store, but will disappear once you log back in. 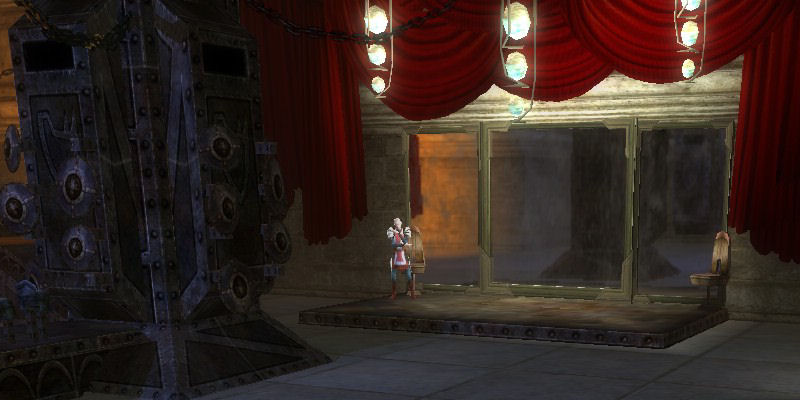 Below are some example sets that illustrate the variations between 'with' and 'without' gear armor kits.