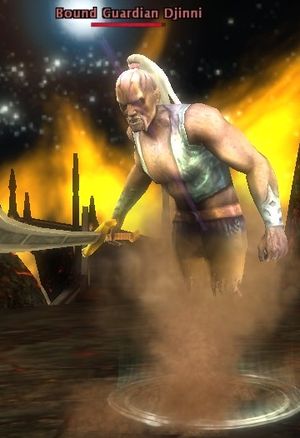 Habitat: Plane of Night — Epic only


Description: One Djinni spawns on each pillar island or base, but only on epic difficulties. The pillar on each island is invulnerable until the corresponding djinni is killed. If a djinni is killed and all three pillars are not taken down within a short period of time, all three djinn will respawn and the pillars will be invulnerable again.