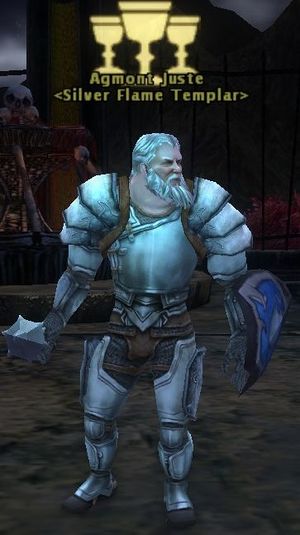 If you try to talk to him while at level 19 or lower, he will reply:

If you are at level 20 or higher, however, he will reply:

After getting the chain, he will assign you your first objective:

After you successfully completes Desecrated Temple of Vol, he will say:

After you successfully completes all the quests, he will say:

After completing the chain and take the reward, if you talk to him again, he will reply: