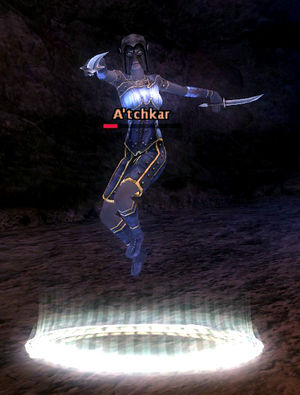 Description: Unlike other drow elves, apparently she cannot See Invisibility and is Lawful. The Dungeon Master calls her a ranger with a bow, but she mostly fights melee. She is red-named on legendary difficulty.