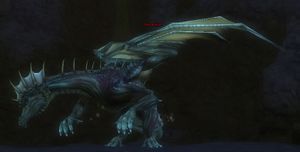 
Description: End boss of Don't Drink the Water. At one point during the fight, he will become untargetable and most of the cave floor will turn to acid. Players should move to the slightly higher ground in the center of the room to avoid them. End chest can drop Flawless Green Dragon Scales at a very low rate. 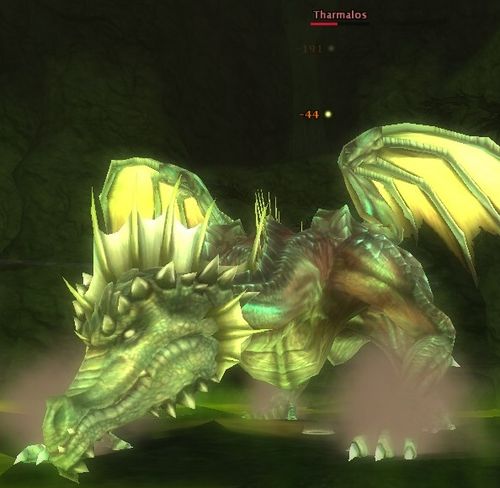