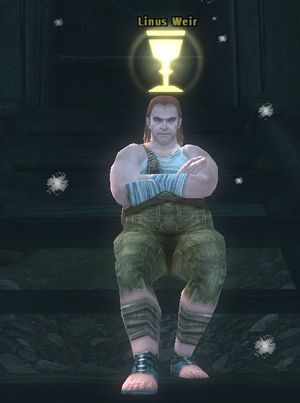 Location: Korthos Village, Linus is sitting on the stairs, while looking for someone to take a scroll from a guarded storehouse for him.

As soon as you arrive on the village, he will approach you:

On completion of quest, he will tell you with the following:

After you get your reward, if you talk to him again, he will say: