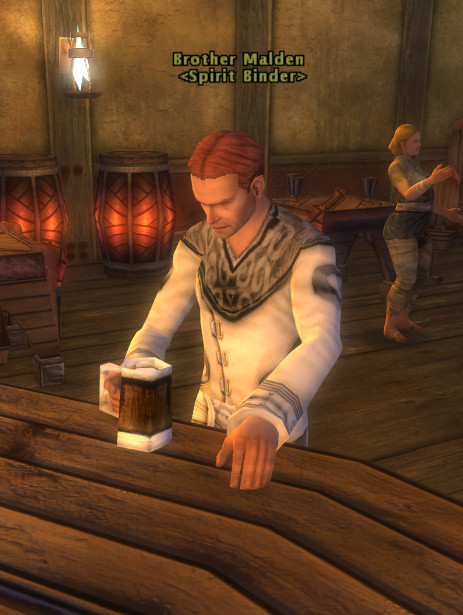 If you try to talk to him, he will reply: