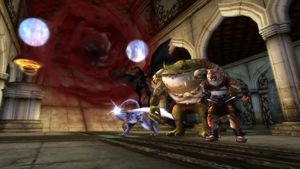 Update 28 teaser screenshot. Slaad is a new monster as of this Update. 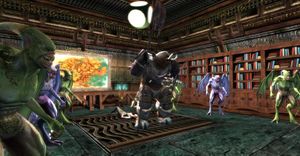 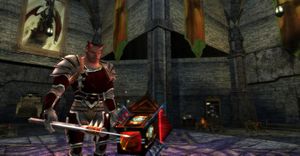 The Devils have come to the city of Stormreach - and they have strange new powers. Enjoy four new adventures: meet a Green Slaad, befriend a bear, battle in the streets of House Cannith and protect Stormreach's most unusual tavern.

The players must chase Arraetrikos over the game world after he steals a powerful artifact.

There is no chain in this pack, the quests can be completed independently.