Wikipedia has an article on the same subject:
Ravenloft 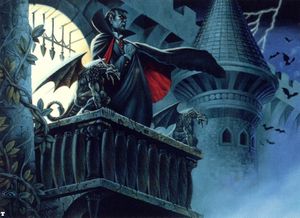 Cover Image from Ravenloft Module I6 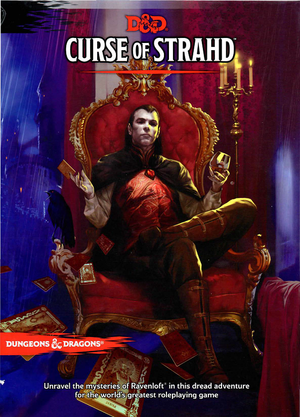 For the Adventure Pack with the same name, see Mists of Ravenloft.

Ravenloft is a fantasy campaign setting for the Dungeons & Dragons role playing game originally developed by Laura and Tracy Hickman.

Ravenloft is also the setting of DDO's third expansion, Mists of Ravenloft, released December 6, 2017. The quests take place in Barovia, a new and entirely separate zone (similar to Eveningstar in that sense).

Initially released as independent module in 1983, I6 Ravenloft (TSR 9075) for AD&D quickly became a fan favorite. The module followed the story of Count Strahd von Zarovich, a vampire trapped in the lands of Barovia over which he ruled by plaguing the inhabitants with fear and terror. I6 Ravenloft was unique at the time as it used variable locations for key aspects of the story discovered by the use of Tarokka Cards (Tarot Cards).

The second module, I10 House of Gryphon Hill (TSR 9181), released in 1986 used similar mechanics and continued the Gothic Horror style was well received by player base leading to the development of a complete campaign setting Ravenloft: Realm of Terror boxed set (TSR 1053) for 2nd Edition AD&D released in 1990.

Recently in 2016, WotC started adapting and resurrecting some of original Ravenloft materials for D&D 5th edition.