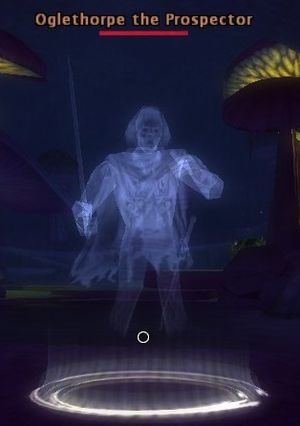 Habitat: Caverns of Korromar — West site, after the underwater passage


Description: Awards an optional. May drop Necklace of Contemplation from his chest.

(NPC): Tambur Ironclang tells you, Oglethorpe was an expert prospector and appraiser of antiquities. He was a beast of a dwarf, too -- could've snapped me in half. Must've been hired to help Kundarak catalogue their finds. I never met anyone who spoke fondly of Oglethorpe, but I suppose he's dead now, so I'll speak no more about that.