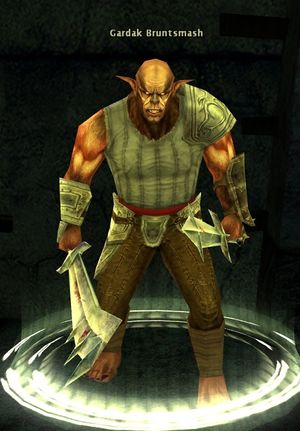 Hah! These so-called heroes have aided in ridding us of the Arzag-Khor turncoats!

Description: If you choose to fight him at the start, you will be awarded an extra chest in the end. However, if you agree with helping him, all traps in the quest (except an optional one) will be disarmed and you will fight him alongside King Bendix.