The Snitch and the Lich

When Mabar draws nigh, darkness falls and the dead become restless... 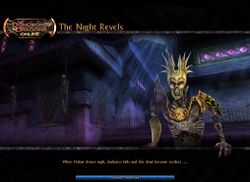 The distant sounds of panicked voices and scattered fighting echo from the walls. The moonlight reveals a path amongst the rooftops.