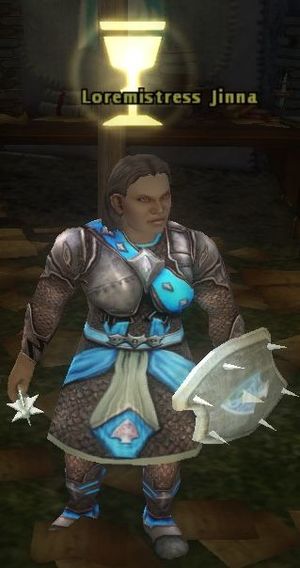 If you try to talk to her before you finish the pre-requisite quests, she will reply:

After you complete the four tombs surrounding the Bloody Crypt, she will reply: