Summons Cake Loving Djinni who opens up barter UI, to turn in the cake itself for various DDO store items: 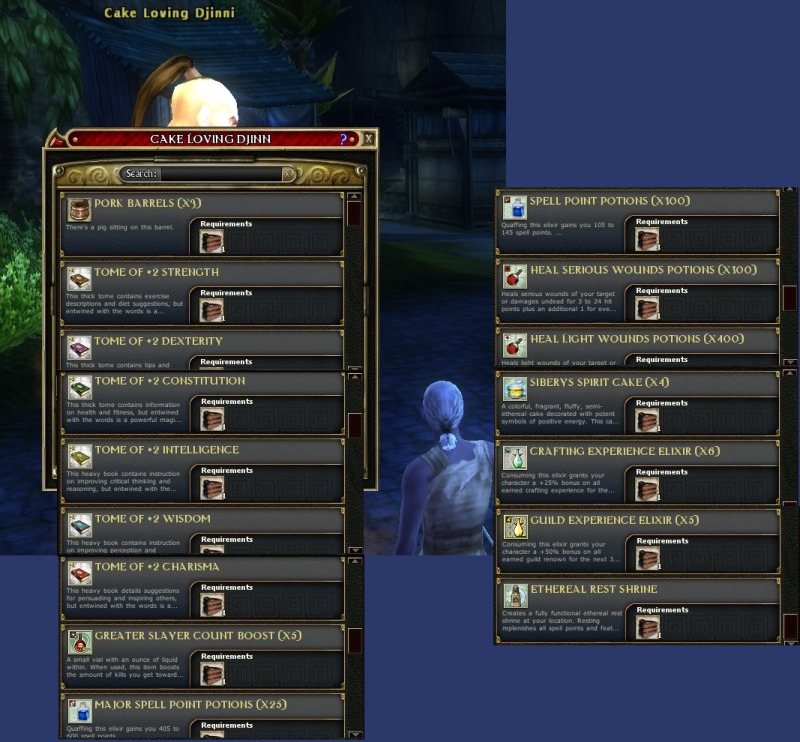