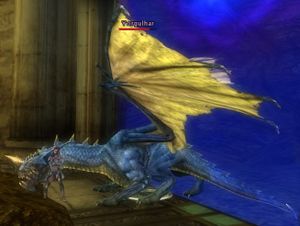 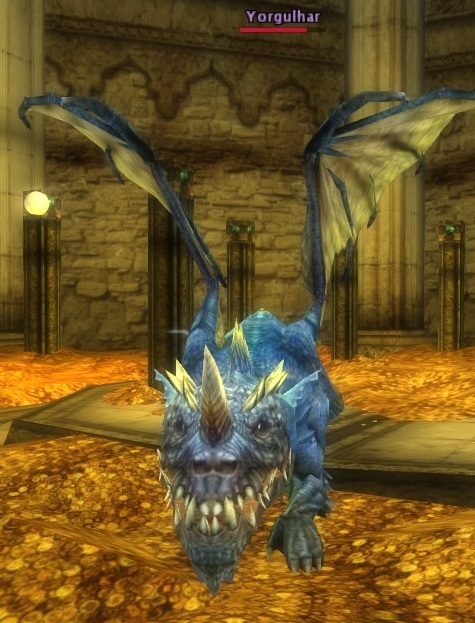 Yorgulhar is one of the Dragons of Gianthold Tor. He and his master Nimbus ar'Yorg need to be killed nearly simultaneously (within 15 seconds) of each other.

What makes this fight difficult isn't so much the bosses themselves - they are comparatively weaker then the others encountered in the Gianthold Tor. Instead it's the traps: The entire room you fight them in is filled with heavy damage electrical traps which can't be disabled. They go off every 6 seconds, and constantly increased in damage and save DC. Thus the only way to win is brute force - you must slay both Yorgulhar and his master before the traps scale beyond what you can heal through and take you down. It's usually best to bring them near the barrier, that way if any/everyone is dead from the final trap blast just as you kill them, you will be in range of the shrine to resurrect yourself and continue.