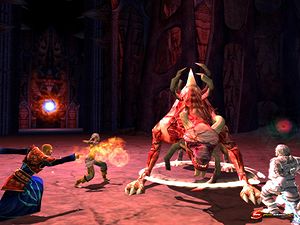 Description: Xy'zzy is the nigh-invulnerable raid boss in the Hound of Xoriat raid.