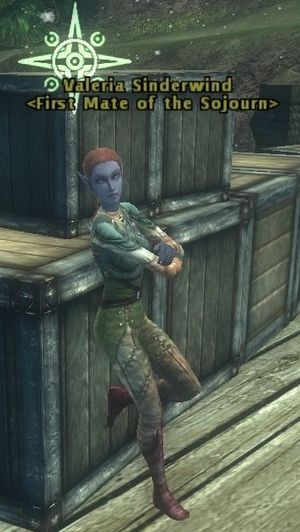 Description: First mate of the Sojourn

Notes: She is responsible for transportion between her locations.

As soon as you arrive on the village, she will be cursing around, and will tell you the following:

After you complete Misery's Peak, she will allow you aboard:

At anytime you are at the Harbor, you can talk to her: