From DDO wiki
< User:Agonshar
Jump to navigation Jump to search

To have usertabs on your userpage like Agonshar you can follow the steps below. But before doing that simply jot down all the tabs you would like in order - I wanted 7 - I set projects aside, and I needed all my links here plus a sandbox and my TODO list. You'll see why this is important below as the tabs are all numbered in the code.

This completes the tutorial for your usertabs - revisiting pages will require you to refresh the page cache for that page to see the changes. All of your user pages should now look all fancy and cool - of course go ahead and change the layout to suit your needs.

A Guide to playing: Pale Master[edit]

The Pale Master class is a good choice of Prestige Enhancement for non-Warforged Wizards primarily because its class relies on one prime Ability (Intelligence) in order to gain spell points and the level of difficulty check each spell uses in order to penetrate an adversaries spell resistance. The secondary advantage of this class is because it is an Intelligence based Class it is given more skill points to invest throughout leveling. It is a class that takes advantage of an SP based form of self healing ability in the form of aura spells & burst spells. This makes it a highly self sufficient class that requires next to no assistance whilst using a wide array of items in game that are available which enhance its characteristics such as Necromancy spells, Spellcraft skills or spell penetration items.

However while leveling you'll encounter mobs that deal huge light damage and this is the weakness of the Pale Master, possibly one-shotting you while you are in an undead form, the key here is kill it before it kills you and in order to do this you should be fluent and familiar in which spells to take through leveling in order to maximize your ability to deal with quests.

Your insta-kill spells and their saves will be the core of everything you do as a pale master, they are:

Items with Light Resistance are far rarer than other energy resistance items, as it is only available on a very small list of named items. The only one that can be used before level cap is raid loot, which is unlikely to be available for 1st life wizards.

If you are a fan of maps, enjoying all their details and subtle differences why not come and help us here on the wiki?!

There are full instructions here: Maps:Help on how to create and edit your own maps, amend exisiting ones; in fact just about everything through to full public availability of your very own maps.

The character sheet is your primary source of all information about all of your characters abilities, attributes, statistics and detailed build information, its your natural go to place as you progress through acquiring everything in DDO from Ability_tomes through to how your saves are calculated. All players visit it constantly, study it and seek to always improve everything they can on it. This guide looks to support you on exactly where to find all detailed information in one central place to help improve your game-play and lessen the time spent researching and locating your required information.

The Character Sheet is divided into five main sections (or TOP/LEFT/RIGHT/BOTTOM for short) plus an extra BIO section: 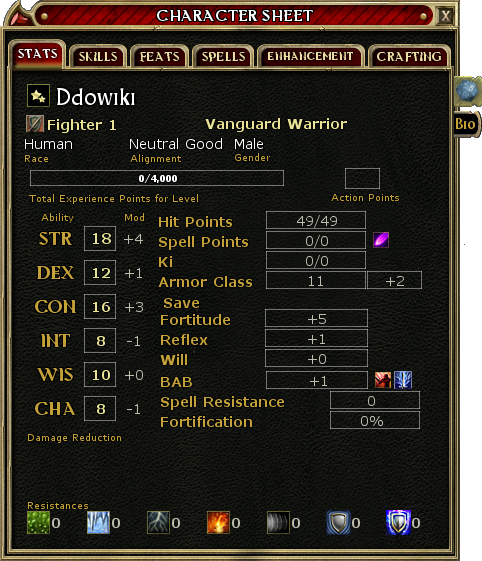 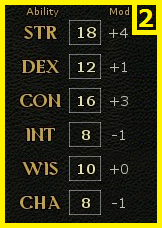