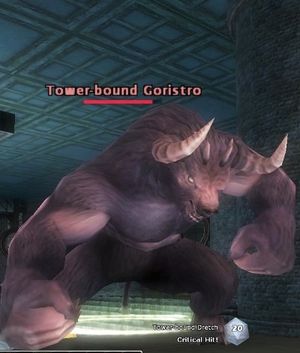 Habitat: Tower of Frost — at the Summoning Circle


Description: Goristros are huge demons resembling a man with the head of a bison. Goristros are rude and violent enemies, often employed on the battlefield by demon lords as siege engines. Because of their limited intelligence, Goristros lack the ability to weave intrigues and to plot against other demons, so they often serve the demon lords of the Abyss as elite troops.