This page is for the former training area; for the current version used in the Treasure of Crystal Cove event, see Smuggler's Rest. 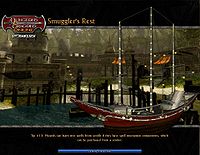 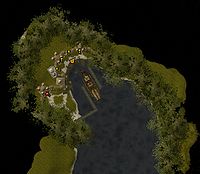 Smuggler's Rest was the training area for new characters. It included the first dungeon, Euphonia's Challenge, quests that walk the new player through the basics of DDO, individual training areas for Combat, Combat Magic, Healing Magic and Stealth, and the first weapon vendor, Four-Fingered Thad. At the conclusion of Smuggler's Rest, the character talked to a sailor for a one-way trip to Stormreach Harbor.

Smuggler's Rest was small, safe, and short. Geographically, it was about a quarter the size of the Harbor, so most of the area fit on the minimap. Danger was hard to find, and other than the advanced training golem in the Combat training area, the hazards were all environmental - the only way to die was by falling. Its quests were entirely optional, although the experience points for Euphonia's Challenge made it worth doing. It was short enough that a player could complete all the relevant quests (Euphonia's Challenge, a couple training areas and all the associated "You should talk to..." quests) in about twenty minutes.

There were very few NPCs available in Smuggler's Rest. 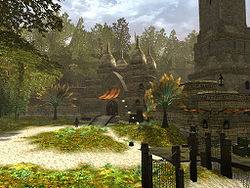 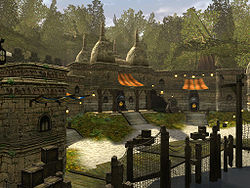