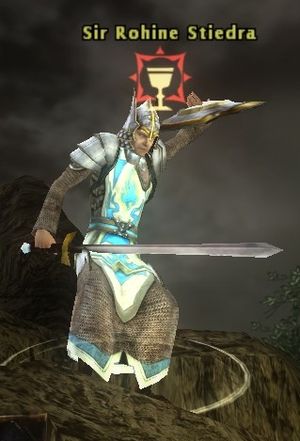 Location: Necropolis, Upper, standing on a rock slightly higher than several other nearby quest givers.

Notes: Sir Rohine is responsible for coordinating the final offensive against the Black Abbot.

At first, when you just arrive at the Upper Necropolis, he will say the following:

Once you complete the sigil, he will say the following:

Once you defeat the four bosses in the Mausoleum, he will say: