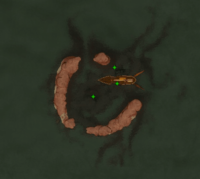 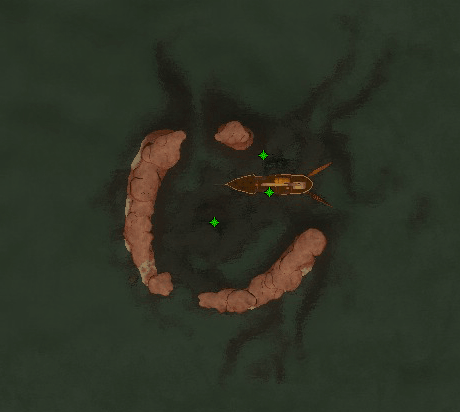 The Siber Atoll city zone is an area which serves as a connection from The Marketplace to Reaver's Refuge. To access the Siber Atoll area, first talk to Aurben near the marketplace bank to get your name on Captain Agamon's list.

After talking to Aurben, speak with Captain Agamon atop Falconer's Spire in the Marketplace, and he will send you to an airship above Siber Atoll. You need to jump off the airship into the water and swim into the deep and southwest in order to access the Reaver's Refuge city zone (entry marked as a green star in the center of the atolls). The jump is supposed to be safe without Feather Fall, unless you land on one of the atolls.

You can return to The Marketplace by speaking again with Captain Agamon before jumping, or by talking to Shol Mar. You must be at least level 13 to access this zone and must have the Refuge in the Storm quest flag started.