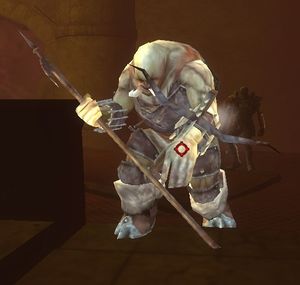 
Description: Razor Arm <Scourge of the Lordsmarch> is one of the 3 main raid bosses of The Chronoscope, introduced in Update 7. Razor Arm is encountered in the steam tunnels off the marketplace, and is the second proper boss of the raid. He is a devil, sub-type orthon, specializing in ranged combat.

Orthons do not possess spellcasting