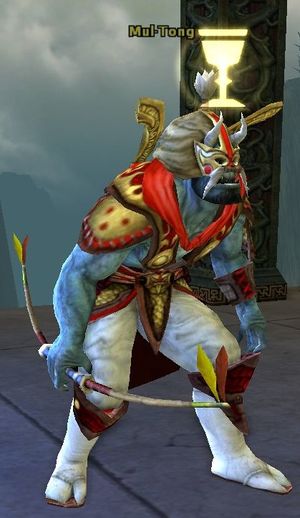 Location: The Restless Isles, at the Ogre Foothold

"7" has not been verified in-game. Please verify it!] or lower, he will reply:

If you are at level 8 or higher, however, he will reply: