Morley Blode: "Feeling a little tired? Good, then this round should be the last for you..."

Mahlurat: "Morley! Why are these interlopers still alive?"

Morley Blode: "Mahlurat! You don't need to become involved in this!"

Morley Blode: "... I concede the point. And I leave their disposal in your hands. Claws. Whatever."

Mahlurat: "Now, let us see how loud you scream" 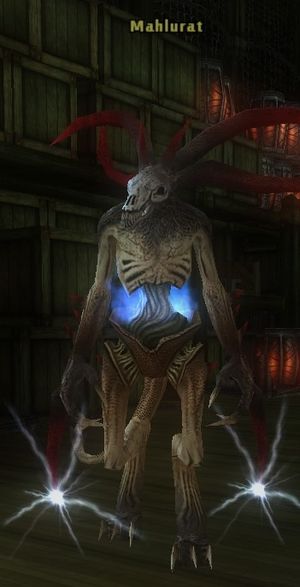