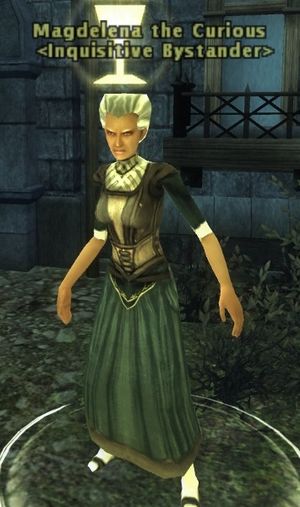 Affiliation(s): Keepers of the Feather

Location: Land of Barovia, in the southeast of the Village of Barovia

Magdelena the Curious: Did you see them?
They said, "There's a monster in the basement." Then they ran into that Abandoned House.
But surely that's not possible!