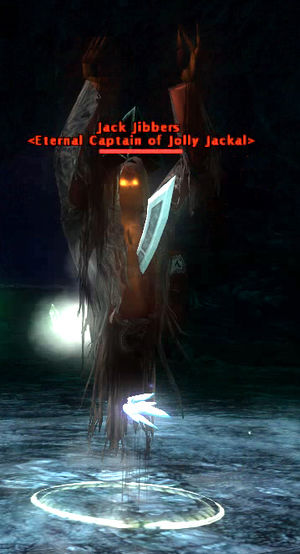 Bedamn the Bloody Tide! 'Tis said that they hid a priceless treasure here, yet there's naught in this hole but common baubles .. Not that you'll get your hands on those, ye lubber! Jack Jibbers leaves none behind to tell the tale! Ye'll fall to me like they all do! Sooner or later every pirate meets his end! And when he does, Jack Jibbers snatches him up for his crew!