The Kuldjargh were legends in Thunderholme. These battleragers believed the power of their fury guaranteed their victory. Aurgloroasa destroyed them, of course, and then made them her minions. Let's see how you do against a battlerager! 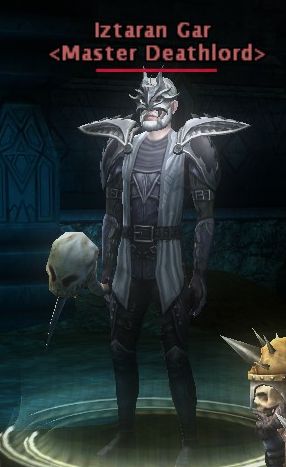 
Special Qualities: Necromantic shielding: While in control of undead minions, you are able to take on some of their innate durability to enhance your own defenses, thus reducing all incoming damage.

Habitat: The Ruins of Thunderholme


Description: His buff Necromantic shielding is stronger the more undead minions he has around.