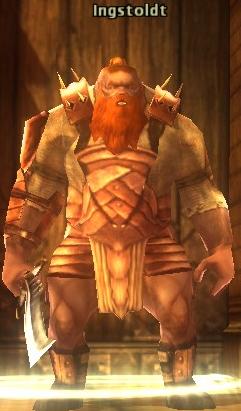 
Description: Orange-named optional encountered in Prison of the Mind. The fight with him can be skipped via diplomacy/bluff checks. On Epic he is Red-named, and will attack as soon as you approach.

On Heroic, when you approach him, he will say: