The Stormreach Chronicle has traced the Mastermind behind the Taken to this recently renovated Harbor property. It's time for you to stop the creation of these abominations once and for all. 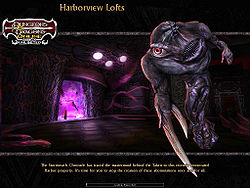 Chronicle reporter Hector Hyssop has tracked down the person - or thing - responsible for creating the Taken. He wants you to put an end to the horror of the Taken once and for all.

According to Hector, the mastermind behind the Taken is hiding out in a rented loft in the Harbor. Enter the Harborview Lofts to confront this sinister figure. 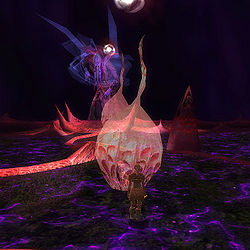 Hiding behind a Cocoon for the special attack 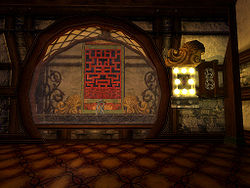 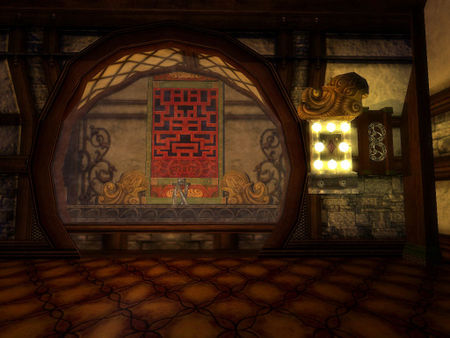 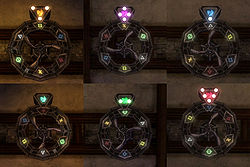 The six wheels of the puzzle, default starting position.

In the example shown on this page (above right), looking next to the treasure case you can see eight lights around the red 4-pointed star symbol. To the right of that, you see there are two miniature wheels. So, you need to end up using (only) two wheels in total, set to the red star symbol, with a total value of eight lights. (And no more than 2 – if others start on the designated symbol, be sure to change them to something else).

Notes: Note the breakables value will increase during the boss fight, as he spawns 3 breakables at regular intervals near the end; you must destroy all 3 before they disappear to get it.