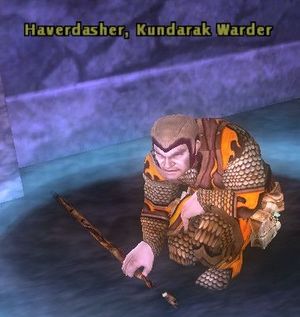 Description: Haverdasher <Kundarak Warder> is the required NPC you'll contact and work for in Eyegouger's Basement.

When you approach him for the first time, he will tell you:

After you take out all the scorpions and return, he will congratulate you: