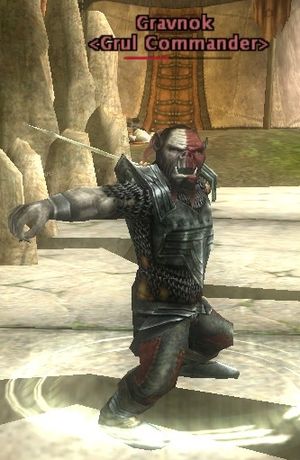 
Description: Gravnok is the commander of the Grul Tribe Outpost. He can take and dish out a lot of punishment with a mix of melee and ranged attacks. He will sometimes perform a sunder attempt but only rarely. He is the final boss of The Captives and defeating him awards a chest. This chest has a chance to drop Gravnok's Band.