"There is no shame in using overwhelming forces to slaughter an enemy!" 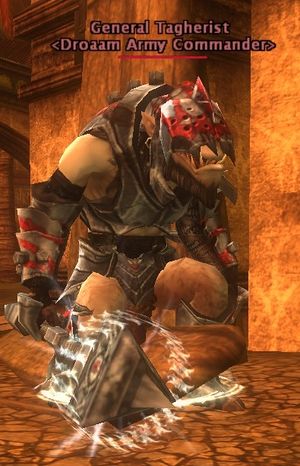 
Attack: (Slashing) + Trip - melee with his special huge maul that has some sort of magical blade barrier effect on it.


Description: General Tagherist - Droaam Army commander is the final boss of Assault on Summerfield. Defeating him will complete the quest.