From the Founder page: 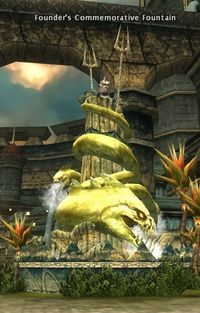 Step up and interact with the Founder's Commemorative Fountain 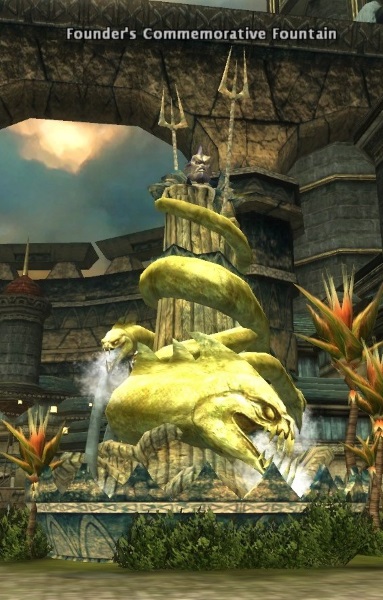 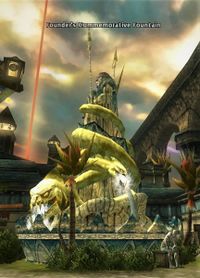 Side view of the Founder's Commemorative Fountain 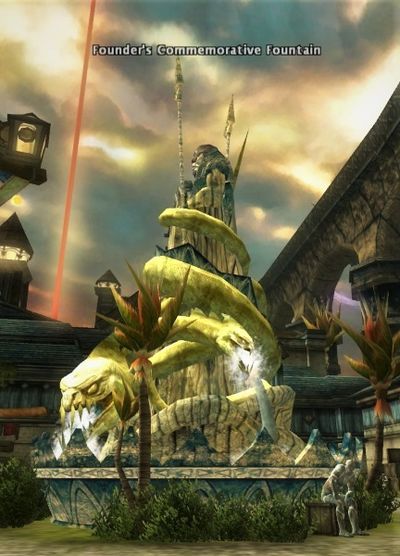 The Commemorative Fountain is located in The Harbor. Due to a web site update in late April of 2013, the information contained in the Fountain went missing. On October 24th, 2013, Community Specialist Cordovan stated that the data had not been lost:

Note: This list was discovered by forum user ReaperAlexEU using the Internet Wayback service in November of 2013. DDO Europe was a European-focused version of Dungeons & Dragons Online operated separately by Codemasters until August of 2010. This list represents the Founding Guilds for DDO Europe, by server: