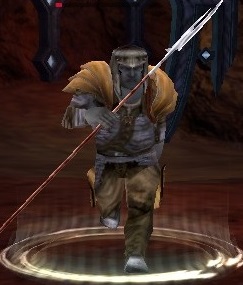 Duergar, also known as gray dwarves, are a subterranean race. They are close kin to dwarves, but with a diabolic taint to their blood. They now carve out their existence in the Underdark, often near volcanoes. Their kinship to surface dwarves can be compared to that of the drow to surface elves.