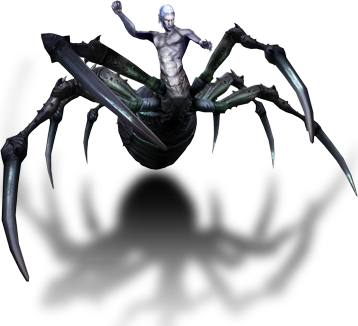 Being turned into a half-drow half-spider by the power of Lolth was once considered a punishment. Today, Drow often seek the transforming honor. These minions of Lolth are often accompanied by hordes of gigantic spiders.

In lairs throughout The Underdark. Also known to work cooperatively with Drow and in their cities, like Sschindylryn