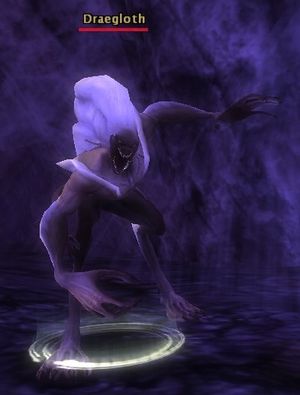 Description: Naturally aggressive and under the commands of the high-ranking ruthless, Draegloth are often linked to Lolth herself. Drow have been known to take their presence as a sign of her favor. Be forewarned, a single Draegloth is capable of slaughtering a party of human adventurers!