From DDO wiki
(Redirected from Djinn)
Jump to: navigation, search 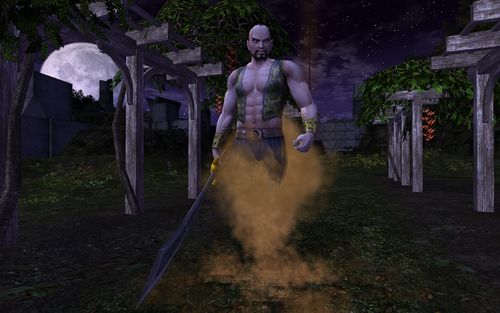 The Djinn (singular Djinni) are genies from the Elemental Plane of Air.

Djinn disdain physical combat, preferring to use their magical powers and aerial abilities against foes. A djinni overmatched in combat usually takes flight and becomes a whirlwind to harass those who follow.