"An artifact of unimaginable evilpower! Yum!" 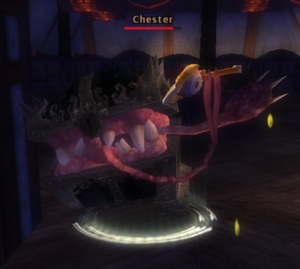 
Description: Bug: He has been named "Chest" since Update 19.