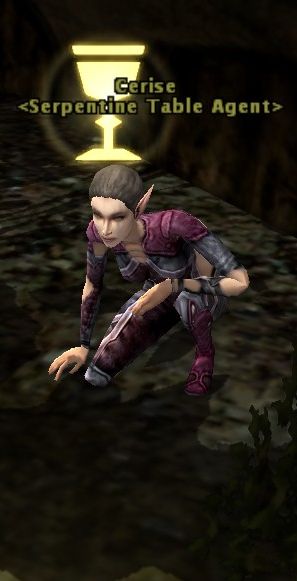 Bestows Quest(s): Under the Big Top

Location: House Phiarlan, hunched down in the bushes just east of the House P teleporter. Quest must be flagged for her to appear on your House P map.

If you try to talk to her while unflagged, at level 2 or lower, she will reply:

If you are at level 3 or higher, however, she will reply:

After completing the quest and take the reward, if you talk to her again, she will reply: