You think Ratty and I need that airship? Fool, I'll drown you in your own blood! 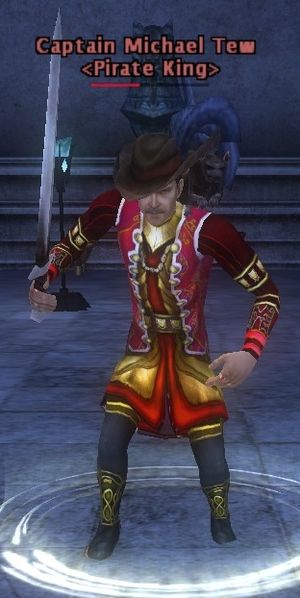 You first meet him at the top of the stairs in the foyer. He will close the tower shield's in your face and say:

After you destroy the Crimson Moon, he will appear and scream at you: