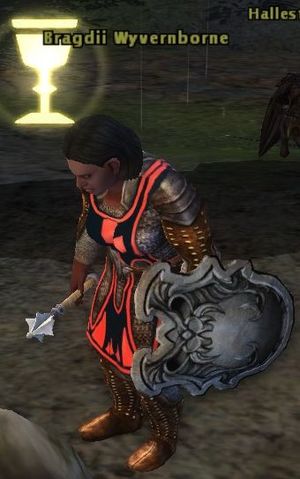 Location: The Necropolis, (Emerald Claw camp) at the campfire

If you try to talk to her while at level 4 or lower, she will reply:

If you are at level 5 or higher, however, she will reply: