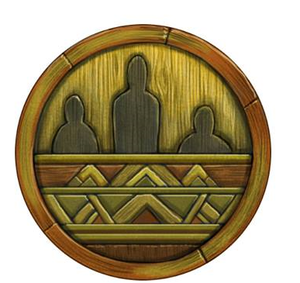 Tavern of this name does not exist in the game.

In beta this tavern was accessible via the featherfall glitch. Additionally, for some time clicking on the door of the Ever Full Flagon showed this name as the waypoint. This has since been corrected.

Most likely, a tavern of this name was planned in House Kundarak in the early development and it was removed or replaced with Ever Full Flagon.