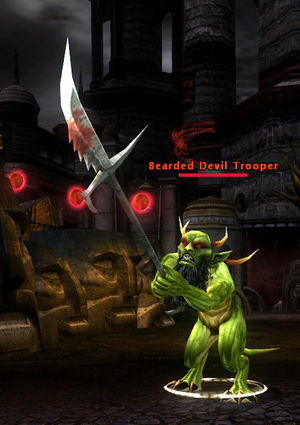 
Description: These are the tough elite shock troopers of the devil army. These barbazu are encountered in The Chronoscope raid. They have a TON more hit points then the ones encountered in the The Vale of Twilight or Shavarath. They are plentiful and all orange-named, which really gives melee something to fight in Epic Chronoscope (as in many raid groups all the non-orange-named monsters get insta-killed by casters.)